The Morrow Project rulebook  does not specify the Inquisitors’ religion; it only states that they use the Spanish Inquisition as a role model.  They are clearly a widespread and well-organised group with “several regional churches and one main one”

The Inquisitors could be an interesting encounter Group – but it’s hard to see how they can be used if there are no details of their religion.  So, this entry is an attempt to give more detail and elaborate on the object of their worship: Santa Muerte 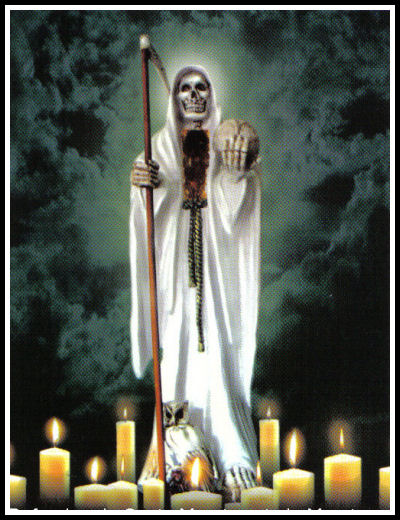 Santa Muerte began in Mexico as a supernatural personification of death.